They are the Beautiful Ones, Loisail’s most notable socialites, and this spring is Nina’s chance to join their ranks, courtesy of her well-connected cousin and his calculating wife. But the Grand Season has just begun, and already Nina’s debut has gone disastrously awry. She has always struggled to control her telekinesis—neighbors call her the Witch of Oldhouse—and the haphazard manifestations of her powers make her the subject of malicious gossip.

When entertainer Hector Auvray arrives to town, Nina is dazzled. A telekinetic like her, he has traveled the world performing his talents for admiring audiences. He sees Nina not as a witch, but ripe with potential to master her power under his tutelage. With Hector’s help, Nina’s talent blossoms, as does her love for him.

But great romances are for fairytales, and Hector is hiding a truth from Nina — and himself — that threatens to end their courtship before it truly begins. The Beautiful Ones is a charming tale of love and betrayal, and the struggle between conformity and passion, set in a world where scandal is a razor-sharp weapon.

The Beautiful Ones is an interesting book to review, in that I initially thought I would be giving it a much higher rating.

I love fantasy of manners stuff, so the beginning of this book was right up my alley. Our heroine, Nina, meets Hector, our heroine, and while they understand each other better than anyone else due to their shared status as outsiders in society, pesky social norms are conspiring to make their love affair less than straightforward (along with some deception on Hector’s behalf). Moreno-Garcia also writes well; her prose is very smooth, and I found myself turning the pages quite quickly.

The fantastical elements in The Beautiful Ones are minimal. The setting is a Belle Epoque inspired secondary world, where the standard trappings of a regency romance (a highly stratified class society, in particular) are in still full swing, and the motorcar has only just arrived on the scene. Nina has a unique talent for telekenesis, though ‘talent’ is pushing it – since she barely knows how to control it. Hector has the same ability, which he has parlayed into a career entertaining the masses. None of this really matters in plot terms, except as a front for Nina and Hector’s initial conversations, and while that didn’t bother me since I was in this for the romance rather than the magic, I can see how it might bother other readers looking for something more fantastical since this book is being marketed as a fantasy romance.

Unfortunately, the romance itself quickly falls into all the worst stereotypes of historical romance when it comes to being outright misogynistic, and any enjoyment I was feeling quickly faded. All of the characters are frankly pretty awful. Nina starts off as a sweet, if naive girl who would rather spend her time reading entomology textbooks than dancing with boys (another talent that sadly goes nowhere), but ultimately becomes a blushing young ingenue who can’t think about anything but romance. The other female character, Valerie, is frankly awful – she’s the worst stereotype of a vicious, shrewd harpy who sets out to destroy Nina’s life because her own romantic dreams were crushed and she feels trapped by society’s expectations of women. Totally relatable, until her entire personality becomes bitter and manipulative and her only role in the story is to stand between our love interests as the jilted ex-lover. The men are no better: all the male characters see women as follies, as objects, or as means to an end, and absolutely none of them are ever openly called out for it or face any punishment. I can see why Valerie’s so bitter.

Don’t get me wrong, there’s a time and a place for writing about the gendered social constructs of the historical upper classes: to deconstruct and shine a light on them, to give a voice to the women who suffered through them, or to provide guidance on how we can move forward. This book does none of those things. If an author can imagine a whole new fantastical world to set their romance in, I’d prefer to see them also imagine a romance that doesn’t rely heavily on gender-based stereotypes to work.

Note: I received an ARC from Jo Fletcher. The Beautiful Ones was re-released on 27 April 2021 (first published in 2017). 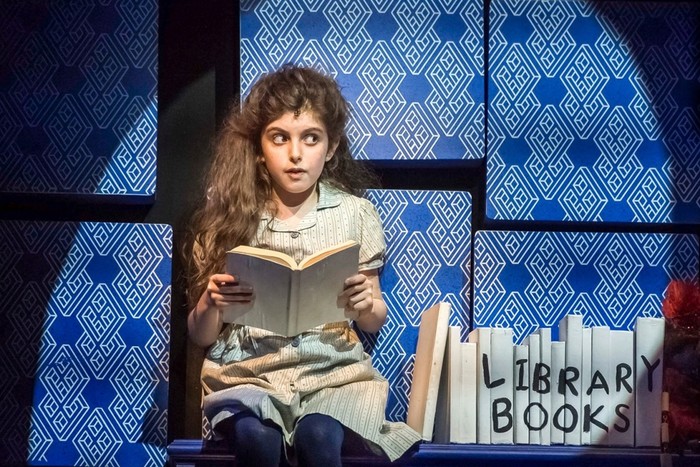